Skip to content
by Bart ReijvenPosted on9 February 202123 November 2021

You’re doing well at work. You run 5 projects in parallel and you are a source of knowledge for many. Your mailbox looks more and more like a Facebook timeline; full of advertising, pettiness and in its time an important subject. Meetings alternate rapidly. You mainly use them to get rid of e-mails and to check with the home front. At the end of the day you look back on a crappy day, in which hardly any work has been done. Welcome to the life of a multitasker.

Nowadays we are used to (and also proud) to keep five balls high at the same time. We alternate tasks at a rapid pace and lie to ourselves that we are working effectively. In practice, we are often overwhelmed by the amount of work that awaits, especially when it comes to meetings and emails. Multitasking as a survival strategy has become a common standard. Many scientific studies show that multitasking is laughable. It is not an effective way of working, on the contrary: it is even harmful to our health. But what is the alternative?

The misconception of multitasking

Many people believe that multitasking is the art of working on two things at once. But nothing could be further from the truth, multitasking is a myth. It just doesn’t exist. After all, the human brain is not “wired” to work in this way. It is also not the case that women are better at multitasking, or that young people in particular excel at this. Our brain was once designed so that it can only connect to one cognitive (thought process related) task. What is seen as “multitasking” is simply that the brain switches from one task to another.

While we “multitask,” in reality, we’re probably switching between many bite-sized tasks. Checking email, updating social media, planning lunch, and all the other easy decisions are typical examples of this. One major adverse effect is the release of dopamine during multitasking. This hormone is the brain’s reward for a good piece of work. And it wants more. That’s why multitasking feels so good.

There are several reasons why multitasking isn’t exactly good for our productivity, or even for our physical well-being.

1. Multitasking makes us stressed and exhausted

The exchange of views is exhausting. This is largely because the production of cortisol is stimulated. Cortisol is also known as the “stress hormone”. This hormone lingers in the body for a longer period of time, with the result that our brain becomes tired. So in addition to “creating stress”, you can also deal with stress less well due to fatigue.

A study in the “Journal of Experimental Psychology: Human Perception and Performance” indicates that multitasking is less efficient because it takes extra time to switch between tasks. Once you’ve decided to change tasks, your brain starts activating rules. This requires your brain to turn off the cognitive rules of the old task and new rules for the next one. The time it takes the brain to completely switch processes and cognitive rules takes time and leads to inefficiency.

3. Multitasking is bad for the brain

Research from the University of London found that participants who multitasking during cognitive tasks experienced an IQ score similar to smoking marijuana or staying up all night. In some multitasking men, their IQ had dropped by 15 points, giving them the average IQ of an 8-year-old child.

The University of Sussex has made MRI scans of multi-tasking individuals. This study focused on media usage, with respondents spending time on multiple devices (e.g., TV and phone). High multitaskers were found to have less brain density in the “anterior cingulate cortex”. This area of the brain is responsible for empathy and cognitive and emotional control.

The solution is called “monotasking”

A better alternative to multitasking is monotasking. Monotasking, also known as single-tasking, is:

The habit of de deeding yourself to a particular task and minimising potential interruptions until the task is completed or a significant period of time has passed.

A number of reasons to start monotasking from today:

1. Monotasking lets you be present

Monotasking can help you to “be 100% present” in any situation. Whether you’re completing an important project, attending a meeting, or having a drink with friends. How often do you witness a night out where suddenly our smartphones dominate the attention? Even though all the friends were together, everyone was somewhere else. In this example, if you focus on your friends, you can actively listen, which allows you to be truly present and strengthen relationships.

According to this Huffington Post article, by doing one thing at a time, you can complete the job better and faster. You can even associate monotasking with “deep work”. Deep work is “being able to perform without distractions for an extended period of time so that you push your cognitive abilities to the limit”. If you practice deep work, you are by definition a monotasker and focus on the project or event in front of you.

Let me repeat: our brains are meant to focus on only one task at a time. You need to prioritize your tasks and time to be more effective. You can set time for “deep work” or save a lot of tasks for a fixed period of time. This allows you to focus on one thing without constantly switching between tasks.

You will notice: if you practice this method, you will discover patterns about when you are most and least productive. This allows you to optimize your schedule to make the most of your energy and time. For example, if you know your energy drops right after lunch, you can use that time for meetings, phone calls, or finishing simple tasks.

The only way monotasking works is if you get good at setting boundaries. For example, if you let colleagues get used to receiving an email from you within five minutes, there’s no way you can focus on one task at a time. Unless your job is answering emails, of course.

The impact of monotasking goes far beyond the workplace. It is useful when you go out with friends, watch a football match of your son or enjoy a well-deserved “me time” moment. It is a much healthier and friendlier alternative to the “multitasking norm”, which society has become accustomed to. It allows us to “be present in the moment” and be aware of the people and situations around us. It helps us focus and perform tasks faster, improve our productivity, and strengthen our relationships. 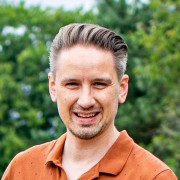 Digital expert with over 10 years of experience within B2B and B2C, both on commercial and technology side. An optimist who loves his profession, family, friends and music.
END_OF_DOCUMENT_TOKEN_TO_BE_REPLACED